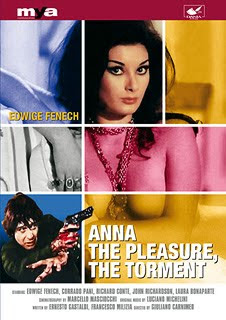 Only one film is on Mya's schedule to come out in February of next year: ANNA - THE PLEASURE, THE TORMENT, with Edwige Fenech. This had been released by NoShame in the United States in 2005 as SECRETS OF A CALL GIRL. The original Italian title is ANNA, QUEL PARTICOLARE PIACERE (ANNA, THAT PARTICULAR PLEASURE.) 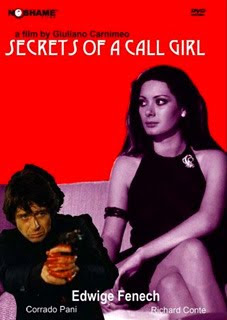 International sex symbol Edwige Fenech stars as Anna, a girl as beautiful as she is naïve, who falls into an abusive relationship with international crime boss Guido. He soon forces Anna deep into the abyss of depravity, violence and prostitution and, looking to start a new life, she escapes from Guido and seeks the help of Lorenzo, a sensitive doctor. But Guido finds her and wants revenge on the woman whose life he has so ruthlessly controlled for so long. In the end, Anna has no choice left but to face her wicked tormenter and fight him with all her strength.

This will be the 44th release from Mya.

Cover of the CD soundtrack release from Hexacord (limited to 500 copies): 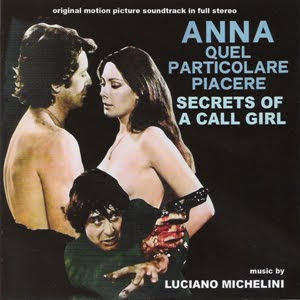 Originally RCA put out the score on LP, with far less cues: 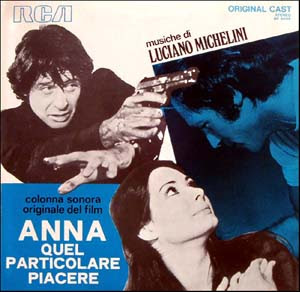 The score featured the vocals of Edda dell'Orso.