Coming in March, April and May

Mya's DVD releases now come once a month. The following are the latest forthcoming releases: 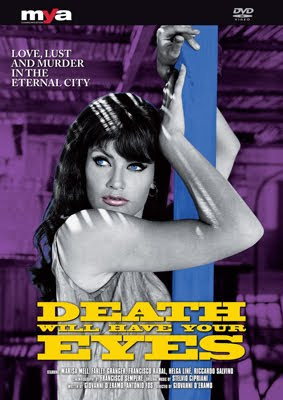 DEATH WILL HAVE YOUR EYES (LA MOGLIE GIOVANE) is a 1974 film directed by Giovanni d'Eramo and starring Marisa Mell, Farley Granger and Helga Line. The single review on the IMDB is complementary:

[Abridged review]: "This is a very obscure Italian giallo that I'd previous only heard of via the trailer in '42nd Street Forever' (a trailer that made it look like a police action film as I recall!). This is actually an old-fashioned giallo. Marisa Mell is a young woman who comes to Rome and soon drifts into de facto prostitution in order to survive. She meets a misanthropic doctor and would-be poet (Farley Granger), but soon falls in love with another man. Murder ensues.... This is worth checking out."

The Italian-Spanish film is also known as SAVAGE CITY. Coming in March. 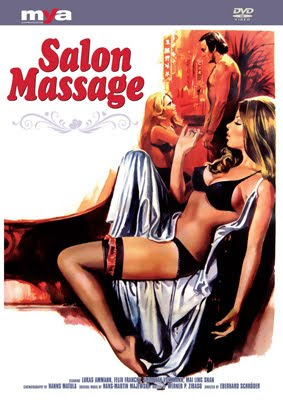 SALON MASSAGE is a 1972 German film, MASSAGESALON DER JUNGEN MADCHEN, directed by Eberhard Schroder. Looks to be a sexy comedy. Coming in April. 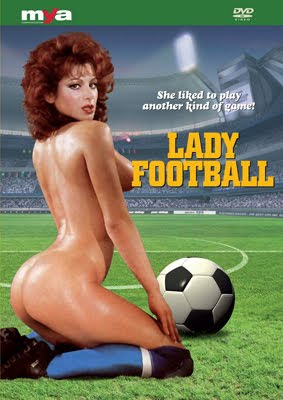 LADY FOOTBALL. Another sexy comedy, this time from Italy and director Italo Martinenghi. 1979. Coming in May.
Posted by Mirek at 10:44 PM