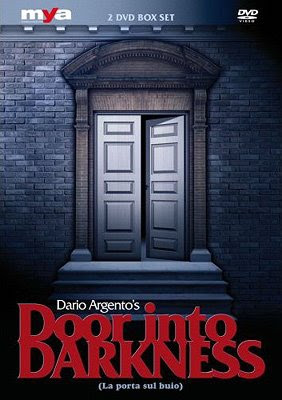 Streeting January 27, 2009 (which means it's technically out now), DOOR INTO DARKNESS is the first American release of Dario Argento's 1973 4-episode TV series for RAI television. Each episode lasts between 54 and 61 minutes. A vintage documentary on Argento, directed by Luigi Cozzi and clocking in at 83 minutes, is included. The MYA release contains two discs. The series was made when Argento was still in the midst of his impacting "animal trilogy." I've never seen these episodes, so I'm very much looking forward to viewing them.

Here is an in-depth review from 2004 of the German DVD release of this title. Beware, though, some spoilers.