I've confirmed with Mya that the October release of the Klaus Kinski horror film EVIL FACE is actually LA MANO CHE NUTRE LA MORTE (THE HAND THAT FEEDS THE DEAD) and not LE AMANTI DEL MOSTRO, as previously noted. Ironically, I had earlier mentioned how both films, shot concurrently or back-to-back, get mixed up by many.

And an early video release: 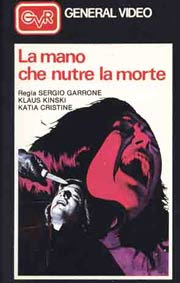 Someone on the Italian eBay is auctioning a book of over 160 photos from this film. A sample: 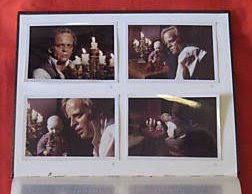 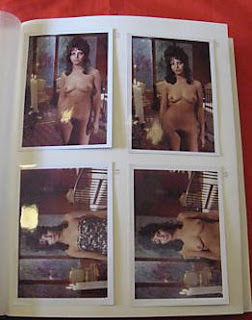 Hmm, our kind of film!

Just as it would have been good to have LE AMANTI DEL MOSTRO on DVD, so it will be good to have LA MANO CHE NUTRE LA MORTE in that format. Hopefully, the companion film will also be released by Mya in the future.
Posted by Mirek at 1:34 PM