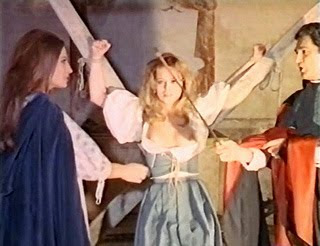 L'AMANTE DEL DEMONIO, the original title of the film now released by Mya as LUCIFERA, DEMONLOVER, was chiefly known by euro-horror enthusiasts for a couple of lascivious stills that have appeared in magazines and books since the film's production date of 1971. Otherwise, the film, which apparently has never had English dubbing, was little seen, except by those who chose to order a video or DVD-R from bootleggers. Even then, the film was not available with English subtitling. At the very least its appearance on the Mya DVD is welcome, because now, with optional English subtitles, the Anglo-speaking viewer can understand what the hell is going on. Other aspects of this release are problematic, as will be discussed later in this review.

It's understandable why L'AMANTE DEL DEMONIO never had a theatrical release in the United States. Despite those hot stills, the film contains little exploitative elements and drive. A cave scene with nude women and a nude blonde vampire seems tacked in and provides little eros, only a smattering of ridiculousness; an end torture scene, though it promises much, is demur even by 1970s standards. L'AMANTE DEL DEMONIO doesn't even rely on atmosphere that much, but rather on incident, plot. These are presented in a pleasing old-fashioned, matter-of-fact way, a tale for a campfire or beside a cozy hearth on a cold windy night.

[Spoilers in the paragraph below.]

At its heart L'AMANTE DEL DEMONIO is a fairytale of a woman and the Devil. Three women in contemporary Europe, impelled by one--the adventurous Helga (Rosalba Neri)--arrive to visit a castle that is rumored for housing the Devil. They spend the night at the castle, with Helga falling into a night-long dream of a past life in another century in which she became the bride of the village's prime young and handsome bachelor, Hans. The Devil (Edmund Purdom) intrudes, however, seducing Helga, who craves more than what a traditional life can offer--and torrid passion from a lover, which the gentile and boyishly clumsy Hans cannot provide. The Devil is never to be trusted, of course, and he lays a trap for Helga that will see her caught by the townspeople as a witch. Yet the film doesn't end with a mere Faustian warning, for not only does the Devil win, but the woman does, too. We find out that, contrary to the records of her trial, she did not repent her sins and dealings with the Devil, and has now turned up, reincarnated, to relive her frightful yet pleasurably consuming experiences in a dream. The night and the dream over, the contemporary Helga's last expressions are of wistful, if not bemused, contentment. She is pleased. The Devil is pleased, as well. Both share a common knowledge and satisfaction of their passionate connection in another life. It is this no-regrets, anti-religious stance, subtly underlined, that raises L'AMANTE DEL DEMONIO above many other Devil stories, which tend to be moralistic warnings about dealings with demons and evil.

Composer Elvio Monti's catchy music helps the picture establish the proper euro mood, and the Italian countryside breathes with the spaciousness of a different, more tranquil time. Occasionally, cinematographer Antonio Midica's compositions attempt to recall Dutch paintings, but there's a periodic clunky element to Francesco Bertuccioli's editing that reveals the low-budget nature of the film--and the possible cuts made to it.

Shamefully, Paolo Lombardo, the scriptwriter and director, almost hides Rosabla Neri's body from us, shooting any nude scenes with her in a coy manner. What was he thinking? (Or did Neri insist on such prudish tactics?) He also duplicates a lovers-beyond-fire scene from LADY FRANKENSTEIN, though it's unlikely he was familiar with this film during his helming of L'AMANTE DEL DEMONIO.

It is not Rosalba Neri who makes a strong impression, however, but Edmund Purdom, who has only minutes in the film, yet steals every second with a reptilian seductiveness and charm. When he was briefly a major Hollywood player in the early part of his career (THE EGYPTIAN, THE PRODIGAL, etc.), the Jesuit and Benedictine-educated Purdom seemed a stiff presence, but here he's loosened up completely and enjoying himself. A delightful devil. 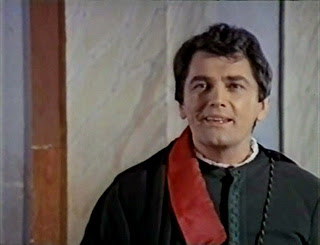 It's unfortunate that Edmund Purdom passed away in January 2009, so that we are denied having an opportunity ask him about his euro product that's now seeing more light of day on DVD. I've a feeling that Purdom would probably have forgotten much about this film, though, as would Neri, but it would have been interesting to trek with him his Italian journey and impressions after his Hollywood days.

Mention should also be made of Robert Woods, who, as Helmuth, provides an inflamed sincerity to his role as Hans' rival and an anchor to the more serious elements of the story.

For the DVD presentation, Mya uses a noticeable video element that will look the poorer the better one's player system. In darker scenes tinges of muddiness compromise the picture and, just as reminder of the source material, stark video glitches momentarily pop up now and then. Furthermore, the presentation is full-frame, slicing off the film's more generous original widescreen framing. There are glaring day for night errors that no one seems to have had any concern to correct, probably even when the film was being theatrically exhibited around the world in the 1970s. Curiously, the opening credits are played over a black screen, unlike the drive to the castle that shows up in another version. (Check this blog page.) Despite these disappointments (which some will rightfully howl about), enough comes across, so that one can enjoy film on its own merits. Remember: it's the story that counts. Engaging the viewer through incidents and a fairytale's innate appeal, L'AMANTE DE DEMONIO is ultimately haunting, at least for me, and will leave a positive impression behind that so many other films, louder and with far heftier budgets, cannot produce. 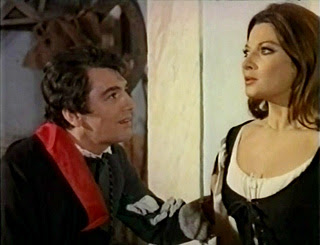 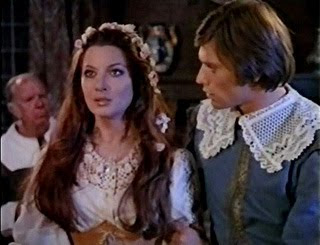 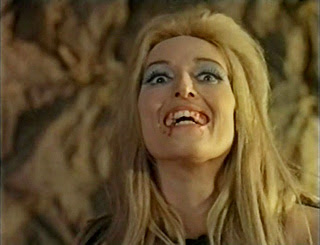 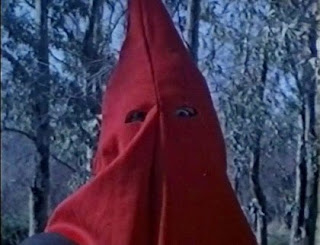 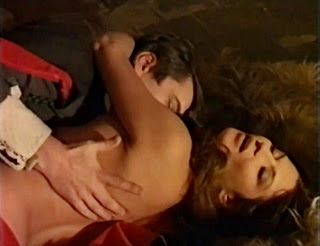