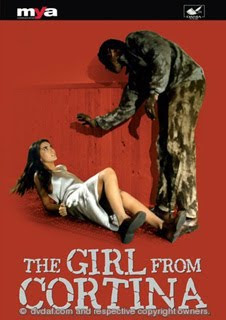 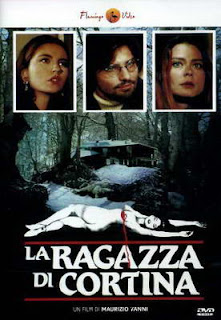 THE GIRL FROM CORTINA is the 1994 LA RAGAZZA DI CORTINA, a Sergio Martino production with brother Luciano scripting and Maurizio Vanni directing. A late entry in the giallo genre, it appears. 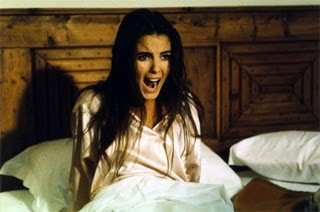 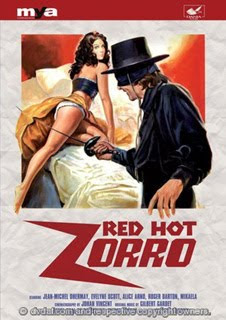 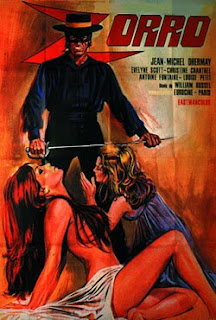 RED HOT ZORRO is the 1972 French/Belgium film LES AVENTURES GALANTES DE ZORRO. Jean-Michel Dhermay stars as the legendary Spanish "fox," with Gilbert Roussel directing. But wait... The underpinning of the film is actually THE THREE SWORDS OF ZORRO, with the Dhermay scenes being bawdy inserts of Zorro chasing women and having sex. A Spanish-Italian co-production, THE THREE SWORDS OF ZORRO (1963) starred Guy Stockwell as the masked avenger. Ricardo Blasco directing. (Hat-tip to Pieter Boven of 10,000 Bullets.) 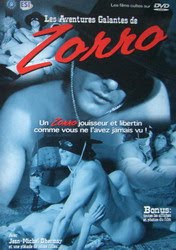 One assumes that Mya's release will be taken from a French DVD released in 2003. That release was not English friendly, so expect English subs with this one.
Posted by Mirek at 11:23 AM