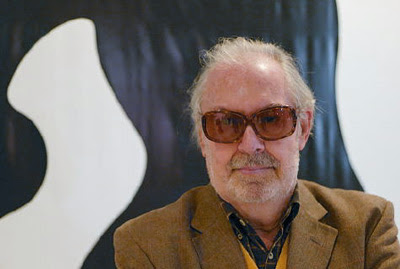 I had a chance today of asking by-now legendary director Umberto Lenzi a few questions about his early career in making adventure, pirate and peplum films. This is an area of Italian film history that needs more attention and research. These films traveled throughout the world and were seen by millions, and are remembered by many with fondness. While we, euro-film fans, generally talk about Italy's gothic horrors, spaghetti westerns and gialli, it was these adventure and historical romances that were the beginning of Italy's domination of film product available to many countries, including the United States.

I was interested in whether Lenzi initiated the production of these type of films, which for him (as director) started with QUEEN OF THE SEAS (1961), and he answered that as a young director at the time, he could not choose the projects he would be involved in. Regarding Emilio Salgari, the author of the Sandokan novels and other Far East adventure tales like LA MONTAGNA DI LUCE, yes, in his childhood he was a fan of Salgari's books.

Umberto Lenzi worked with three recognized peplum actors during this period--Steve Reeves, Richard Harrison and Alan Steel (Sergio Ciani)--so I asked for a comparison, and Lenzi responded that only Harrison was a good actor.

Lenzi also added that he had many adventures shooting these Salgari films in the swamps of Celyon and in Singapore and Malaysia, but the worst experiences were with leeches and the terrible heat of those locations.

Finally, I asked, do these films hold a special warmth in his heart after so many years:

"In my heart I have a special warm place only for the actresses."

Molte grazie, Umberto, for your time and all the entertaining films you have made in your career!
Posted by Mirek at 10:25 AM