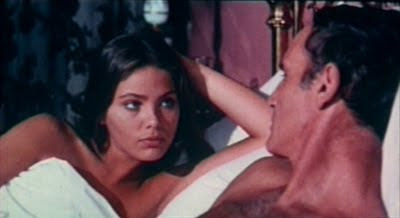 Despite the presence of Ornella Muti, FORBIDDEN PASSION is not an Italian film, but actually the 1973 Spanish CEBO PARA UNA ADOLESCENTE (BAIT FOR A TEENAGER). Spanish horror fans will recognize some of the names behind the film and in front of it. Directed by Francisco Lara Polop (as Paco Lara), the helmer of MURDER MANSION (LA MANSION DE LA NIEBLA) is joined by cinematographer Raul Perez Cubero, who did such a fine job on Naschy's COUNT DRACULA'S GREAT LOVE and HUNCHBACK OF THE MORGUE, with the musical scoring belonging to THE MUMMY'S REVENGE composer Alfonso G. Santisteban. It's amusing spotting the lesser players, such as MURDER MANSION's Yelena Samarina, and Angel Mendendez, who appeared in many brief roles in Spanish horror films, including a role as that blood-spewing guy viciously attacked by Waldemar Daninsky in a cabin in LA MARCA DEL HOMBRE LOBO. 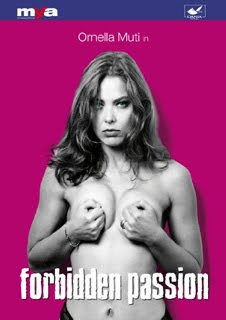 This is, however, Ornella Muti's showcase, one of her earliest films, and despite the fact that Muti offers no nude scenes (forget the DVD cover shot), she's a beautiful and captivating presence--and sweetly innocent in this film. Craggy Phillipe Leroy, a magnetic actor who was previously seen on DVD here in the Mya release, FAMILY SCANDAL, is fun to watch as the big-shot "engineer," who hires Muti to be his secretary--and begins a seduction of the naive girl, ultimately turning her into his mistress.

The incidents in the story are rather predictable (yes, a nice-guy young man turns up to win the secretary's heart), but the film is still of interest to watch because of Muti and Leroy.

If one thought, however, that CEBO PARA UNA ADOLESCENTE was just mere frivolous romance/drama, even a "chic flick," one would be mistaken, because there's an undercurrent of an anti-establishment message that reaches a climax at the end of the film when the engineer is given an award for his accomplishments. At that moment you suddenly realize, if you are aware of Spain and Western society in those years, that you've been handed a bit of a subversive element from Polop and his screenwriters, Francisco and Manuel Summers. Those building-in-progress institutionalized projects that are featured throughout the film take on a different perspective then. 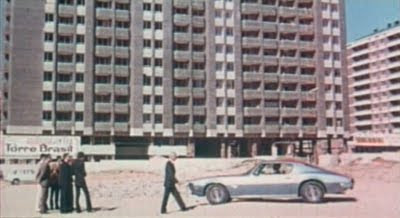 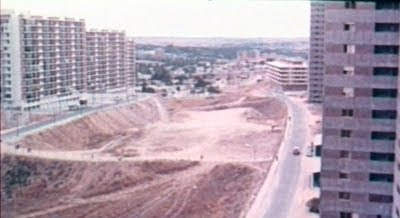 The working title of CEBO PARA UNA ADOLESCENTE was EL BENEFACTOR (THE BENEFACTOR), which further underlines the film's anti-establishment aura. Surprisingly, the film was very successful film in Spain, with over a million spectators, and may have been a reason for Polop to move away from the horror genre. The Italian title of the film was LA SECRETARIA.

CEBO PARA UNA ADOLESCENTE saw previous DVD release in Europe, so Mya perhaps used that source. The print is rather worn, lacking any boldness in its original colors, and, on occasion, splicy. Here it's offered up widescreen anamorphic, in its Italian dubbing, with optional English subtitles.

The DVD is available from Amazon.com
Posted by Mirek at 9:35 AM