We're back after a little vacation from the blog to announce two forthcoming releases from Mya, both sequel films: DESIRABLE TEACHER 2 in October 2010 and THE FISHMEN AND THEIR QUEEN the following month in November. Note that this is the first time that only one title per month is being released by Mya. 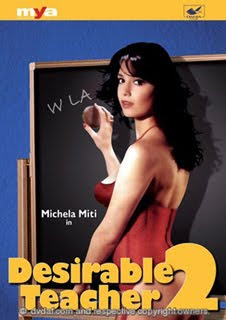 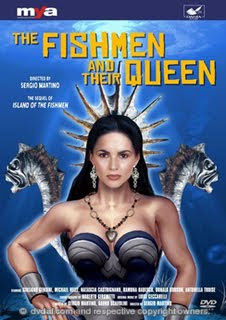 THE FISHMEN AND THEIR QUEEN (LA REGINA DEGLI UOMINI PESCE) is Sergio Martino's follow-up to his very popular THE ISLAND OF THE FISHMEN (L'ISOLA DEGLI UOMINI PESCE, 1979). The 1985 film is set in the future and does not star any of the actors/actresses from the earlier film. Certainly not as well considered as the first "fishmen" film, it will still be welcome to have this rarer movie available for viewing and study.
Posted by Mirek at 10:11 PM