Mya will be releasing the following films June 30. The descriptions that follow are from Mya's promo sheets. 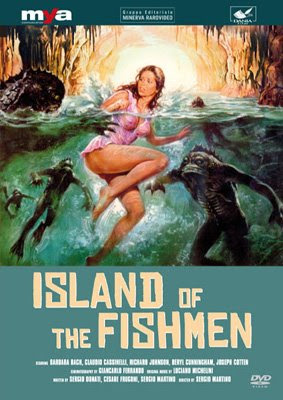 It's 1891: Lieutenant Claude de Ross (Claudio Cassinelli), a military doctor, and a few newly escaped convicts are shipwrecked on a mysterious tropical island. They soon come across a strange couple: the sadistic Edmund Rackham (Richard Johnson) and the beautiful Amanda Marvin (Barbara Bach). The doctor finds out that Amanda's father, professor Ernest Marvin (Joseph Cotten), is a mad scientist who is experimenting on horrible human-fish mutations. While Professor Marvin is convinced that he's doing his research for humanitarian motives, Rackham has other plans, since he has discovered an incredible secret lying beneath the island. 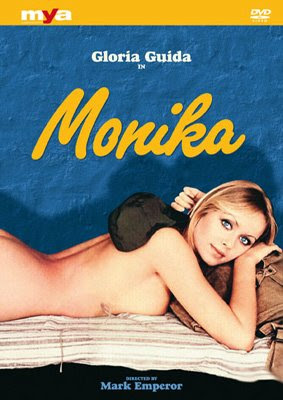 Monika (Gloria Guida) is young, beautiful and virgin. She is only 16 years old, and, beside getting the attention of all her classmates, she also attracts older men. She has a relationship with a boy, Leo, but she doesn't know that he uses to pimp the girls he seduces to rich businessmen. One of Leo's client befriends Monika and becomes so obsessed that he pays Leo to get her. But Monika turns her attention to her art professor, unknowing that he too has his secrets. 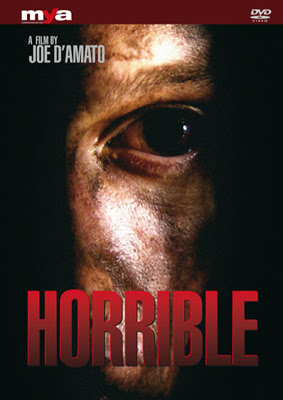 A man is running, followed by a priest. He comes across a house but the tall gates are locked so he begins to climb them, however he slips at the top and impales himself on the spikes. Injured to death he's taken to an hospital. Once there, the doctors discover that this man has an amazing regenerative power and his blood coagulates very quickly, making him almost indestructible. Sergeant Ben Engleman is put on the case, and he finds out that the priest has the answers: this man, Mikos Stenopolis, is the result of a nuclear scientific experiment gone wrong. He's now completely insane and will kill everybody who crosses his path, showing no mercy. 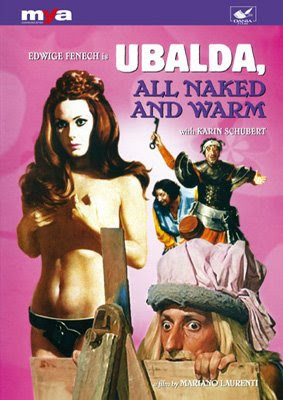 Inspired by the International success of Pier Paolo Pasolini's The Decameron (1971) and Canterbury Tales, Italian filmmakers rushed out a slew of like-minded comedies in the bawdy vein of Renaissance humorist Giovanni Boccaccio, known collectively as "Decamerotica." Medieval ltaly is the setting for this ludicrous la ronde involving a bumbling knight (Pippo Franco, of Billy Wilder's Avanti!) torn between his unfaithful wife (Black Emmanuelle's Karin Schubert) and the comely Ubalda (Fenech), the bored bride of the village miller who has the local men in a state of arousal despite her ample charms being constrained in an iron chastity belt. Directed by Mariano Laurenti, who teamed with Fenech again for Naughty Nun (1972) and The Winsome Widow (1974), Ubalda, All Naked and Warm was never released theatrically in the United States and is available only on this exclusive DVD, remastered from the original vault negatives and completely uncut and uncensored.
Posted by Mirek at 2:44 PM