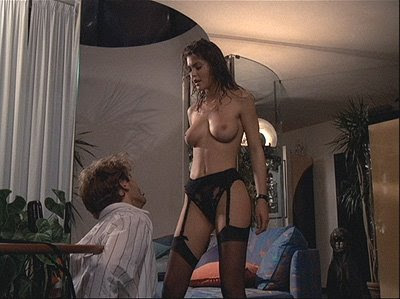 I didn't expect to be depressed after seeing CRAVING DESIRE (GRAFFIANTE DESIDERIO, 1993). Really depressed. I expected that the film would be a kinky soft-core sex item that would, if successful, pleasantly stir the libido and nothing more. But, though it has some wonderful kinky moments, CRAVING DESIRE raises troubling and serious questions I wasn't expecting in regard to the man-woman relationship. Are the women a man falls in love with and lusts after a negative force in a man's life? Is there no "good woman" who will value and accept a man, if he is a nice guy, for what he is? And what is that damnable power a woman has that can drive a man to madness or destruction?

Ron Nummi plays the handsome and successful real estate executive, Luigi Muscati, who is nearing the date of his marriage. We meet his fiancee (played by Simona Borioni) and she is a poster girl for the bitchy female, situated in her own mind and behavior as Princess Who Must Be Obeyed, with giant expectations of how the man who is fortunate enough to be graced by her presence should act. As she gets ready for brief lovemaking, she admonishes Luigi: "Don't put your shoes on the bed. One of your habits that have got to go." Getting into bed, she nags him about the dripping faucet in the bathroom, and then: "Oh, God, what cold feet!... Don't mess my hair, it took me hours to get into shape!... You're so clumsy!" Hey, she's acting this way and they are still not married. Talk about jumping the gun!

Gliding into the picture is Luigi's cousin, Sonia, who has not had contact with him since she was a girl. A fully developed woman now (very much so!), Sonia's eyes twinkle with admiration and a mischievous coquetry. She initiates acts of seduction, while Luigi, still honorably devoted to his fiancee, tries to defend himself. Soon enough, the expectant happens: Luigi dumps his bitchy fiancee for the pleasures and giddy freedom that Sonia so joyously and provocatively offers. For Luigi, sex is now the best he's ever had. Where a man's penis goes, his head and heart follow. But, wait, there's a price to pay around the corner, which I won't get into so as not to spoil the plot.

Ron Nummi has an unassuming, likable, almost childlike presence here, thankfully absent any arrogance, and while initially you don't think he could handle the more dramatic parts of a role, Nummi, when necessary, proves himself to be an admirable actor with thespian stretch. As to the actresses.... Ah, this is the type of film that confirms (or keeps up the pretense) that every Italian woman wears sexy black stockings under her dress, and that sooner or later, a lingerie tease will be spotlighted for the man (temporary or not) in her life. As Sonia, Vittoria Belvedere is suitably hot and wild, and male viewers will greatly appreciate the moments when she reveals her body. Serena Grandi, known in the U.S. mostly for starring in Tinto Brass' MIRANDA (1985), is the epitomee of the MILF. To her, I surrender, and accept any damnation coming my way.

Both script and direction are by Sergio Martino, one of Italy's great directors of genre cinema. (THE STRANGE VICE OF MRS. WARDH, CASE OF THE SCORPION'S TALE, MOUNTAIN OF THE CANNIBAL GOD, etc.) Martino still remains active these days, and it's good to know that he's been able to keep himself employed in smaller cinematic dimensions, such as CRAVING DESIRE.

Because CRAVING DESIRE is presented full frame, the film as a TV quality to it, as if it were prepared, in part, for the United States soft-core cable market, with an option for worldwide theatrical viewing. If I'm correct in assuming that this film was partially planned for the U.S. cable stations, it may justify the presence of an American actor like Ron Nummi in the film, who obviously is speaking English, as opposed to most of the rest of the cast, who, clearly speaking Italian, are dubbed into English. Picture quality on the Mya DVD is impressive, though the audio (both English and Italian) seems on the tinny side.

Recently, the parody site, The Onion, had a piece about a fictitious Lifetime Television channel for men that would have a similar weeping ethos to the very real Lifetime Television for women. CRAVING DESIRE would be a perfect film placed in such a male channel's schedule. While watching such films as CRAVING DESIRE, men could cry over their fate and take solace in their united destiny of needing and delighting in women, but being damned by them too. But would this be a manly activity?

CRAVING DESIRE is on sale from Amazon.com. 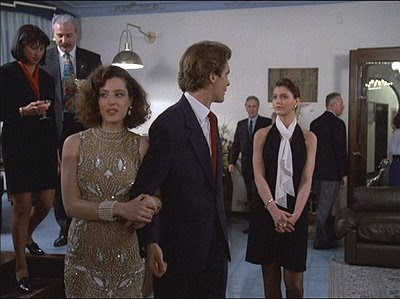 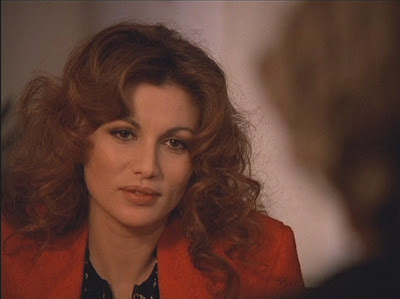 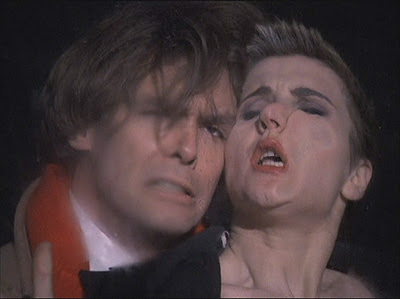 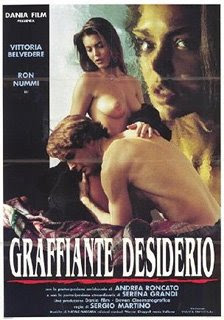